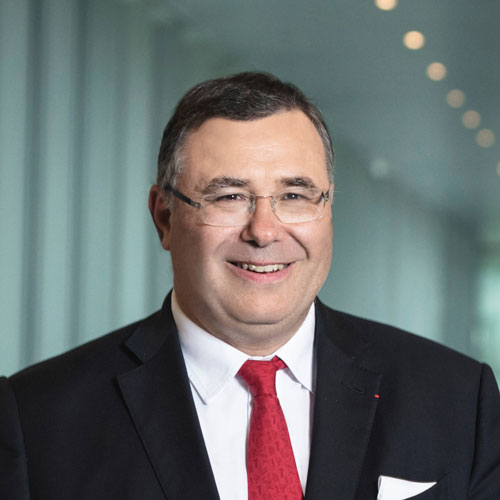 Patrick Pouyanné received the “2017 Petroleum Executive of the Year” award from Energy Intelligence.

Patrick Pouyanné is Chief Executive Officer of Total, one of the leading international oil and gas companies, and a major player in low-carbon energy. The company is ranked first in capitalization on the CAC 40 (French stock market index).

With operations in 130 countries, Total’s mission is to provide a growing world population with clean, affordable energy, by fully integrating the challenges of the fight against climate change into its strategy, in order to become a global player in responsible energy.

A graduate of École Polytechnique and former Chief Engineer at the Corps des Mines, Mr. Pouyanné held various positions in governmental administration from 1989 to 1996. He joined Total in 1997 as General Secretary in Angola, then, after holding several strategic positions within the company, was appointed CEO in 2014.

“ In twenty years, Total will still be a major oil and gas company, but it will also play an important role in renewable energies and the electrical network ”

CEO of Total: "We love green energy but, to last, it must be profitable!"

Patrick Pouyanné received the “2017 Petroleum Executive of the Year” award from Energy Intelligence.