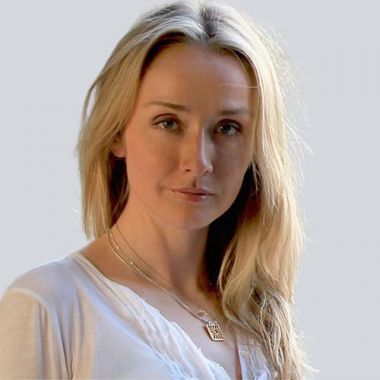 A National Geographic “emerging explorer,” filmmaker and globally recognized advocate on water issues, Alexandra Cousteau continues the work of her renowned grandfather Jacques-Yves Cousteau and her father Philippe Cousteau Sr. She has mastered the remarkable storytelling tradition handed down to her and has the unique ability to inspire audiences on the weighty issues of policy, politics and action. Cousteau is dedicated to advocating the importance of conservation and the sustainable management of water in order to preserve a healthy planet. Her global initiatives seek to inspire and empower individuals to protect not only the ocean and its inhabitants, but also the human communities that rely on freshwater resources.

Born into the family business, Cousteau joined her parents on Easter Island on her first expedition at just four months old. By the age of three, she had toured Africa, exploring Egypt, Tunisia, Uganda and Kenya in the arms of her father. And like her father, she is one of the few who learned to scuba dive with Captain Cousteau himself at the tender age of seven. It is against this backdrop that Cousteau weaves the romance of adventure and discovery into a modern call for action. Fluent in English, French and Spanish, Cousteau is rapidly building a significant global audience of her own. By coupling traditional media tours and film with social media platforms, Alexandra Cousteau has helped NGOs as well as government- and corporate-led water programs engage record audiences for action.

Cousteau builds upon the more than 60 years of global name recognition to engage consumers who expect to hear credible environmental information from the third generation of this pioneering family of explorers. For millions around the globe, “Cousteau” is synonymous with discovery and the protection of our natural world. When Jacques-Yves Cousteau earned the first of his three Oscars for Le Monde du Silence in 1957, he paved the way for leveraging film and media to teach environmental stewardship. In the television series The Underwater World of Jacques Cousteau, Alexandra Cousteau’s father and her grandfather produced the most popular documentary series in broadcast history, setting a record at the time for Emmys and eventually showing in more than 100 nations, from the Soviet Union to Brazil and Japan. In addition to being widely credited for turning National Geographic into a global brand, the family still holds the publication’s record for cover stories.

Before hitting the road in 2010 for Expedition Blue Planet: North America, Cousteau served as the water advisor and spokesperson for the global Live Earth 2010 Run for Water — a project that teams her public advocacy on environmental issues with actress Jessica Biel, musician Pete Wentz and many more. In early 2009, Cousteau joined the Discovery Channel lineup, co-hosting Blue August with her brother Philippe Jr., and served as a chief correspondent

on water issues for Discovery’s Planet Green. In 2008, she was honoured as a National Geographic “emerging explorer” — an elite group of 11 visionary young trailblazers from around the world who push the boundaries of discovery, adventure and global problem solving. Cousteau has been honoured as an “Earth trustee” by the UN, named a “principle voice” by CNN International, and regularly delivers testimony on critical policy issues before governmental agencies. In 2010, she and her brother Philippe were named to Vanity Fair’s coveted “Next” list.

Cousteau currently serves as a senior advisor for Oceana, on its prestigious Young Global Leaders Council and Global Agenda Council on Oceans for the World Economic Forum; on the board of directors of The Global Water Challenge, Potomac Riverkeeper, Mother Nature Network, and EarthEcho; on the leadership council for the Waterkeeper Alliance; the science advisory council for George Mason University; the international advisory board of Bloomsbury Qatar Foundation Journals/QScience.com; and the steering committee of The Shark Alliance. She is also a parent ambassador with Healthy Child Healthy World.

Cousteau’s work regularly earns global recognition, including the University of California – Irvine’s Human Security Award, the South Carolina Aquarium’s Legacy Award, the Potomac Riverkeeper’s Protector of the Potomac Award, and the Arava Institute’s Peace Building and Environmental Stewardship Award. She has been featured by the National Press Club, the Royal Ontario Museum, Harvard University and the Smithsonian Institution. She is also regularly featured in major publications including National Geographic, Town and Country, Scientific American, The Wall Street Journal, Martha Stewart Living, Glamour and Elle, and was named a “Fun Fearless Phenom” along with Tyra Banks by Cosmopolitan magazine.