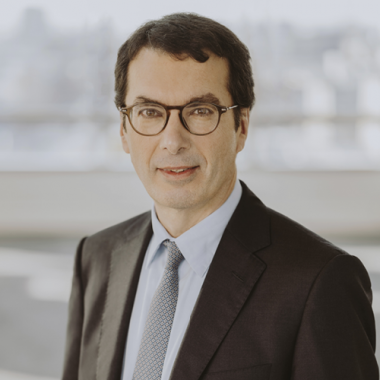 Jean-Pierre Farandou has been Chairman and CEO of SNCF, a public limited company wholly owned by the French state, since January 2020. SNCF is the parent company of a unified public service group with five subsidiaries: SNCF Réseau (with its own subsidiary, SNCF Gares & Connexions), SNCF Voyageurs, Rail Logistics Europe (formerly SNCF Fret), Geodis, and Keolis.

An engineering graduate of École des Mines de Paris, Mr. Farandou began his career in the Denver, Colorado office of Amax, a U.S.-based mining company. He joined SNCF in 1981, working in a full range of transport positions — signaller, train driver and rail traffic controller — and rose through each level of operations management. At SNCF, he launched three high-speed TGV lines: Paris-Lille in

By 2006, he had joined SNCF’s Executive Committee, and in the same year he created and managed SNCF’s Proximités division, which included Transilien, TER, Intercites and the Keolis/Effia Group. In 2012, Mr Farandou was named Deputy CEO of SNCF Group,

and then served as Executive Board Chairman of Keolis until 2019.

As Chairman and CEO of SNCF since January 2020, Mr. Farandou is positioning the Group as a world-class champion of sustainable mobility, with rail as its core business and France as its touchstone country. To energize and mobilize its workforce as markets open to competition, SNCF has created and rolled out Tous SNCF, a programme for all its employees.