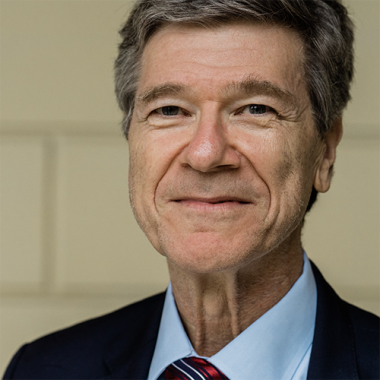 Jeffrey D. Sachs is a university professor and Director of the Center for Sustainable Development at Columbia University, where he directed the Earth Institute from 2002 until 2016. He is also President of the UN Sustainable Development Solutions Network and a commissioner of the UN Broadband Commission for Development. He has been advisor to three United Nations Secretaries-General, and currently serves as an SDG Advocate under Secretary-General António Guterres. He spent over 20 years as a professor at Harvard University, where he received his BA, MA and PhD. degrees. He has authored numerous best-selling books. His most recent book is The Ages of Globalization: Geography, Technology, and Institutions (2020). Sachs was twice named as one of Time magazine’s 100 most influential world leaders and was ranked by The Economist among the top three most influential living economists.