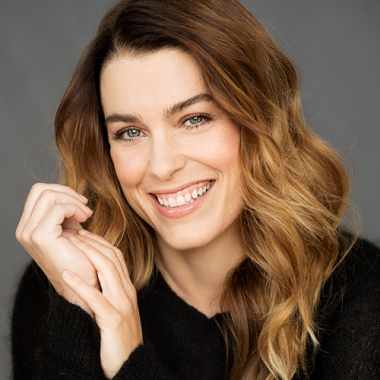 For more than 20 years now, Marie-Pier Elie has used science journalism (TV, radio and print) to explore questions mind-bendingly big and small, and with equal amounts of passion (think the secret life of microorganisms, cutting-edge cancer treatments and the future of our universe). You can listen to her on the Les Années lumière (ICI Première) radio show or tune in to her TV show Décrypteurs (RDI). Elie also co-hosts the science series Le Gros laboratoire (ICI Explora / Radio-Canada).

Marie-Pier Elie co-created and co-hosted the documentary series Sur les routes de la science, which took her around the world to meet preeminent scientists on location. She has also collaborated on several other TV and radio shows to reach an even wider audience, which includes hosting Le Monde de demain and reporting for Le Code Chastenay.

When it comes to the print media, you can read Marie-Pier Elie’s in-depth articles in the pages of L’actualité, Québec Science and La Recherche, reporting work that has earned dozens of prestigious awards here in Canada as well as in France. In 2011, she received the Raymond-Charette Prize, which is awarded by the Conseil supérieur de la langue française to honour Quebec electronic media professionals for their exemplary French-language contributions.