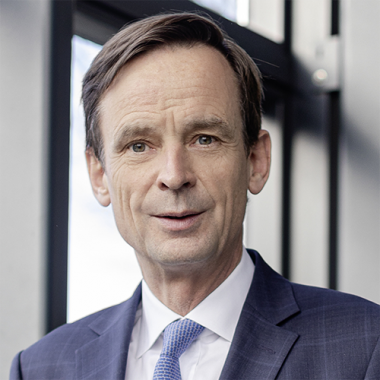 Otto Schacht has over 40 years of international transportation and logistics experience. He was appointed Executive Vice President of Global Seafreight at Kuehne + Nagel International AG in September 2011 and has served as Member of its Management Board since 2011. Mr. Schacht has global responsibility for the company’s Sea Logistics business unit, which provides innovative solutions to customers in 100 countries.

As a “climate advocate,” he is also personally strongly committed to sustainable businesses and a driver of Kuehne + Nagel’s Net Zero Carbon initiatives, supporting the corporate culture of sustainable behaviour within Kuehne + Nagel and at the same time the concept of sustainability reflected in transport solutions (e.g., by using new digital platforms to emit significantly less CO2).

Previous to his current role, Mr. Schacht was Senior Vice President of Global Sea Logistics at Kuehne + Nagel Group from 1999 to 2011. He has a well-balanced perspective of the shipping industry, having worked for the Hapag-Lloyd cargo container shipping line in various positions from 1978 to 1997, including three years as United States Posting and Trade Manager Far East-Europe.