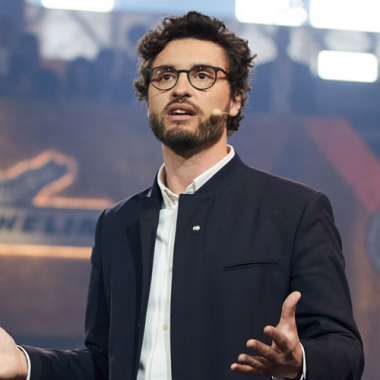 Pierre Cannet has served as the Director of Advocacy at the World Wildlife Fund France since early 2020 and, as such, is a member of the executive team. WWF France’s advocacy leadership is composed of some two dozen experts working to move the ecological transition forward, mainly by leveraging green finance, natural capital, and land-use planning to effect political change both domestically and abroad. All this while working on the WWF’s other programmatic priorities, which include biodiversity, oceans, climate and energy, sustainable development, agriculture and food, and forests.

Prior to 2020, Pierre has worn additional hats at the WWF, acting as the Interim Co-Director of Programs for a year and Director of Climate, Energy and Sustainable Cities starting in 2014. From 2017 to 2019, he served on WWF International’s Climate and Energy Leadership Team under Manuel Pulgar-Vidal, after having been a very active contributor to COP21 on the organization’s behalf.

A graduate of Sciences Po Paris (with distinction) in international business and sustainable development, Pierre Cannet also graduated with distinction from the Toulouse engineering school ENSEEIHT, having specialized in hydraulics and fluid mechanics.

In 2009, he joined France’s Ministry of Ecology, Sustainable Development, Energy and Oceans working under France’s Ministry of State for the run-up to the conference in Copenhagen. The year 2011 took him to the Secretary General of United Nations in New York City for the Sustainable Development Conference, a once-in-a-decade summit commonly referred to as Rio+20. There, he was hired as an advisor to the Under-Secretary-General to help prepare for the summit and implement decisions, notably regarding future sustainable development goals. In 2013, Pierre became an advisor to the UN Caring for Climate initiative.

After gaining ministry experience in France, then international experience with the United Nations, Cannet decided to lean into civil society advocacy work with the WWF. His goal: to influence, act and mobilize for climate action, the ecological transition, and the protection of nature alongside a wide variety of actors from various fields in alignment with the WWF’s core values.

Among the publications he has supervised at the WWF: the multi-part 2020-2021 study touching on both climate and society entitled “The Crushing Impact of SUVs,” “The Climate Challenge Facing Cities,” the adaptation of “Nature and Climate Shock,” and “A Methodological Guide to the Sustainability of Renewables.”