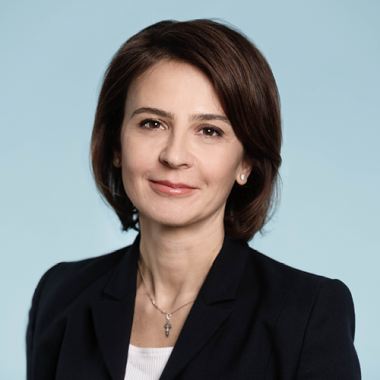 In April 2019, Sirma Boshnakova was appointed CEO of Allianz Partners following four years at Allianz SE as Executive Vice President / Head of Business Division for Southern and Western Europe. Prior to this, she served as Board Chairman of a health and life insurance company, and CEO of a non-life-insurance group of companies. Sirma has also worked as COO and Executive VP Sales within the insurance sector, having begun her career in a consultancy group.

Sirma holds both a Masters and a PhD in Economics from Moscow State Institute of International Affairs (MGIMO).